Inauguration to Bring Spike in Federal IT Spending 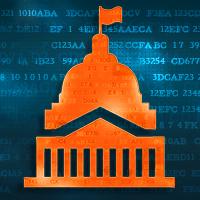 Last week, I was part of SafeLogic’s delegation to the Immix Federal IT Sales Summit. This event is in its third year and has already become a must-attend for any company that wants to get a piece of the government money pie in the year ahead. (If you’d like to attend next year, drop me a note. We will have some complimentary passes available.)

I’d like to share details about one session in particular, a panel led by Allan Rubin, titled Taming the Transition: Marketing & Sales Tactics for a Year of Turnover. Five experts weighed in on the impending 'Trumpification' of the U.S. government and there were some key strategic insights that you may find interesting.

First of all, the focus is on January 20, 2017. That’s the inauguration, of course. We are firmly in ‘lame duck’ territory at the moment, but the new administration of Mr. Trump, Mr. Pence, and their slate of appointees is lurking on the sidelines. We have a little more than 8 weeks from now to prepare for transition day and to determine how best to benefit from the change in power.

(Yes, 8 weeks from now. Do I need to point out that our target delivery for RapidCerts is 8 weeks, often less? Good fortune indeed!)

Panelist Frank McDonough pointed out that the hiring freeze can produce erratic purchasing behavior. The election year has already disrupted the traditional ‘use-up-the-end-of-year-remaining-budget’ spending spree. Our customers have reported varying behavior from agencies – some accelerated their buying cycles before the ballots were cast, while others tried to conserve resources to be used during the anticipated hiring freeze at inauguration. Unpredictable is the best way to describe what we saw this fall.

Mark Amtower, Kris van Riper, and Barbara Austin joined McDonough on the panel and echoed him on one major point in particular – incoming appointees will be under pressure to make their mark. They will be ready to spend money and will assert themselves with an immediate splash. McDonough said that in the past, appointees averaged approximately two years in office. I don’t think anyone, including the newly tapped leaders themselves, will expect President Trump to have ‘average’ patience for his team. We are all accustomed to his catchphrase “You’re fired!” and why would that change? They will all be on the hot seat from Day One at the inauguration.

Federal appointees will be now, more than ever before, aware that they are serving at the pleasure of the President, and appearances will be extremely important. When they make major purchasing decisions, they will be highly concerned with how it will look to the White House. Will they be willing to ignore mandates, such as FIPS 140-2? What if it comes back to bite them? As it appears many appointees will be coming from the private sector, will they even have the bureaucratic expertise to successfully dodge regulations, as they have in the past? Oversight from FITARA (the Federal IT Acquisition Reform Act) looms larger than ever before, and federal procurement officers may be held to tighter standards than in the past. Sole source contracts may be seen as too risky, potentially removing a once-popular method for agencies to defy NIST and acquire unvalidated products. Nobody will want to put their job on the line to procure a piece of software, no matter how great it is. The ever-present threat of Trump’s chopping block will drive a renewed devotion to compliance… and that’s not a bad thing, unless you have been trying to skate by without certification.

By achieving FIPS 140-2 validation with SafeLogic, you are creating a very tangible competitive advantage. The new culture in D.C. will provide huge opportunities to those who embrace it, because agencies will have big incentives to spend significantly front-loaded budgets on splashy new technology that meets regulatory compliance mandates.

If you already have a current and valid certificate, go ahead and pat yourself on the back. If you’re not certified, what are you waiting for? Contact us immediately so we can help you assess compatibility for CryptoComply and set a target completion date for FIPS 140-2 validation in your company’s name.

Don’t wait too long… January 20th is approaching fast! If we move quickly, your certificate will be completed by Inauguration Day, perfect timing for the impending spike in federal IT spending.